You’re in Florida, and it’s the realm of sharks. These ferocious and large beasts love warm waters with deep spaces and plenty of fish, so it’s not a surprise that Tampa Bay is one of their favorite spots in Florida. Of course, now you want to find out the best methods, baits, and fishing spots when catching sharks in Tampa Bay, Florida.

This article will serve as your guide on shark fishing in Tampa Bay. It’ll talk about the most optimal time for shark fishing, common shark capturing techniques, best baits to attract sharks, and best fishing spots in Florida’s Tampa Bay.

When threatened, black noses hunch by arching their backs and raising their heads. Meanwhile, blacktips commence in spinning leaps above water when attacking other fish. Lastly, bull sharks hunt in pairs or alone, and tend to be aggressive to all creatures – human and fish alike.

Next to those, you’ll also come across lemon sharks, nurse sharks, and spinner sharks. These sharks grow for 6 to 10 feet. Lemon sharks and nurse sharks feature a similar pale gray shade and love to rest on the sea bed. Compared to other shark species that need constant activity, these two are perfectly content to lie motionless for hours.

Meanwhile, spinner sharks exhibit great spinning skills. They occasionally leap out of the water to spin once, twice, or three times in the air. They also spin when attacking their school preys.

On the other hand, tiger sharks boast stripes that make them look like tigers. They’re highly aggressive, and they tend to eat almost anything – including non-food items like metal and plastic. They can reach a maximum length of 18 feet, and they move slow but boast significant strength.

The best fishing spot in Tampa Bay for sharks is offshore in deep waters. However, you may also find sharks in shallow waters with plenty of fish. When hunting for sharks, remember that they go where their nose takes them. This means you need to look for a place with plenty of shark prey.

Likewise, be mindful of moving tides. When the tides are moving, your chances of capturing sharks increase when you chum.

Best Baits for Sharks in Florida

Sharks don’t discriminate when it comes to food, so you can use anything bloody or oily. Bloody or oily bait will pique a shark’s nose and draw it to you.

However, if you need ideas, opt for fish like trout, mackerel, mullet, ladyfish, bonito, menhaden, or jack. It’s best for these baitfish to be fresh or even live. You can also choose shrimp, cut pilchards, or threadfin herring.

Since most sharks are in deep waters, you’ll effectively catch sharks by deep sea fishing. However, methods like light tackling, chumming, longline, strike net, or drift gillnet work well, too.

The most optimal time for shark fishing starts in May and ends in August. Then again, since Florida is home to sharks due to its temperate waters, catching sharks in Tampa Bay can be done any time. Just remember that your chances of capturing sharks increase as the waters grow warmer.

You’re not allowed to chum when you’re nearshore. Similarly, you’re limited to hook and line usage. You also need to know which sharks are classified where so you can follow their capturing limitations.

If you don’t want to deal with the technicalities, it’s best to hire a shark fishing charter. That way, all you have to worry about is yourself and the actual fishing.

Whether you’re after sharks or other fish, you can’t go wrong with hiring a fishing charter. Fishing charters like Tampa Bay Shark Fishing Charters ensure safe, memorable, and successful fishing trips. They also provide you with everything you’ll need to fish.

With a charter, you’re guaranteed to have the best gear, accommodations, and the most experienced local fishing guides. Sometimes, you wouldn’t even need to get a fishing license since the charter already has one. All you’ll need to do is dress appropriately, bring your own snacks, and prepare to have a great fishing trip.

Other Fish to Catch in Tampa Bay

Besides sharks, Tampa Bay also features amberjack, black drum, cobia, flounder, grouper, mackerel, mahi mahi, redfish, seatrout, snapper, snook, and tarpon. Visit the links to each fish to learn more about them, or check out our blog for more useful tips when it comes to fishing in Tampa Bay. 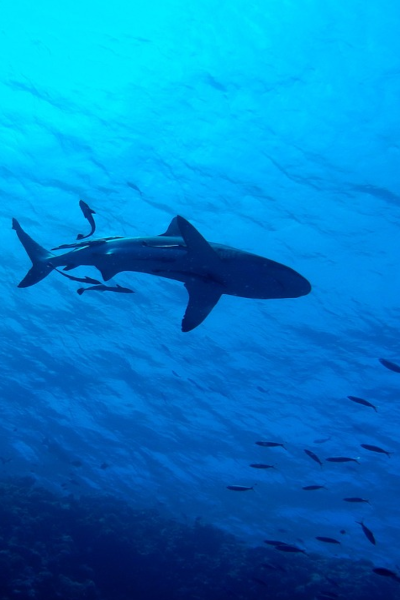 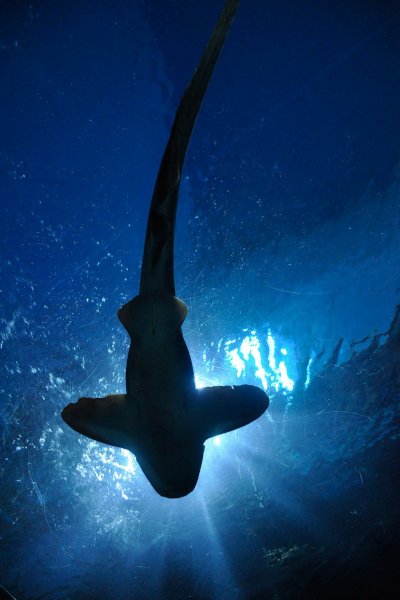 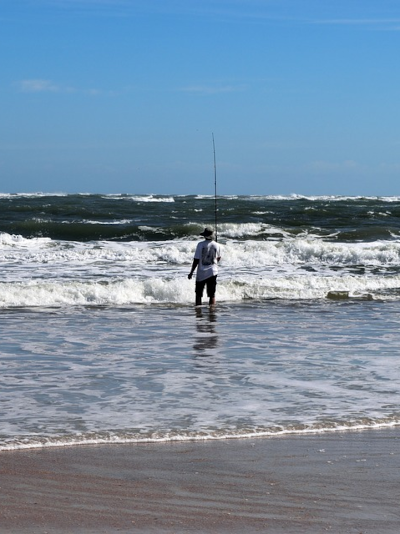